I don’t know if I’m doing something wrong or the software is not there yet. I’m brand new to Aeros. Previous looper Pigtronix Infinity. I am excited about the potential for the Aeros but is it really for me?

Trying to replicate what I do on the Infinity before I explore other options. In 2x2 mode when I lay down first loop it sounds fine on it’s own. Create a second part and it sounds fine. Switching back to first part there is a lag. I can see in the waveform there may be a slight delay. Is this because I don’t have the record “punch” down? I’ve tried many times and it’s never “on”.

Hey there, this is most likely due to the fact that the next part button does not react on the press. We are currently working on the fix that will solve this issue, it is already fixed in the version we are testing, so this will not be a problem for long.

Don’t worry it’s not you, there is a whole discussion about this.

it is already fixed in the version we are testing, so this will not be a problem for long.

Hey that’s really, really good news, maybe you should have shouted it very loud in the other topic.

If you read the topic I linked you will see the problem is wider than and touches as well the re-recording flows.

Nevertheless at least for the “next part” issue there is a work-around that may or may not fit to you depending on what you expect.

Instead of ending the recording by clicking on “next part”, you can click on “play” instead. That will fix the duration issue.

The drawback is that you have then to listen to the recorded part at least once before being able to switch to another part…
But as @BrennanSingularSound mentioned we know now it is in test version… This is a much expected fix.

So this is weird! In Free Form 2x2 mode I have the “lag” problem. Last night I was playing in 6x6 mode and was able to play my song perfectly. No lag just more button pushing!
BrennanSingularSound June 9, 2020, 4:21pm #9

Yes, just as I brought up before, this is an issue in 2x2 because the next part button is on the release. This is fixed in the version being tested.

Sorry I didn’t understand this was limited to 2x2 mode. Another question. Is it just me - no matter how accurate I attempt to be i there appears to be a slight space at the beginning of the waveform in my first loop. In 6x6 it still sounds ok (no audible timing issues) but a slight visual space.

Could you take a picture? You’re saying this is only cosmetic?

I’m not home right now but will get back to you.

Brennan my phone is being stupid. I can’t just paste this photo but hopefully this link works. 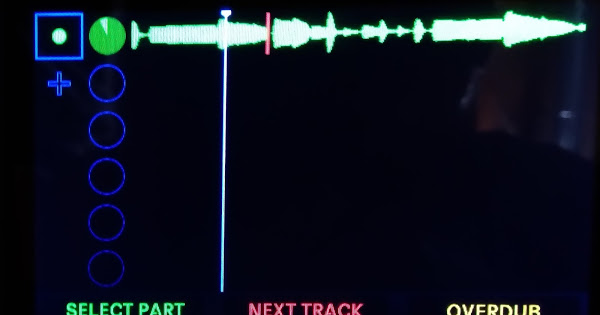 Playing the loop sounds fine but if you zoom in you’ll see a gap after the red start marker.

Thank you, yes I see what you mean.
And you’re saying it is something you only see not hear, correct?

Yes correct! This is the same scenario I saw in 2x2 mode but of course behaved differently when switching between song parts.