Something I’ve been needing for years and for which I’ve posted requests is African content. Basically every MIDI file on the net that includes the word African or “afro”-something is western urban stuff that has absolutely nothing to do with African music. The closest content is what some westerner imagines that African music is like.

There are only a handful of basic rhythms that cover around 90% of black African music (subsaharan, down to southern Africa). The closest reference to classic African dance rhythms that might be familiar to westerners is found on Paul Simon’s Graceland album, which came out a third of a century ago.

It would be great if Singular could develop an African collection. It might not be valuable to cover bands but it can provide great creative fuel for everyone else. 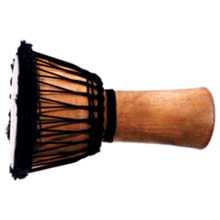 Is any of this what you want?

Thanks, but no. I’m looking for MIDI files for the Beat Buddy.

There are some songs that are similar to merengue but without the Latin / Cuban feel. The coolest African rhythms are far more complex, with different things going on at the same time and depending on the emphasis on one hit or another, one can suddenly perceive an entirely different thing going on. Difficult to describe. There can also be rhythms that will go from one time signature to another, all within the same measure - such as a confusing cluster of hits, a slowing down, then finishing the measure with a slower beat, then repeating the whole thing. This type of rhythm is far more sophistocated than found anywhere else. Impossible to describe.

BTW, I lived in Kenya and Tanzania for half a decade and spent a lot of time way out in the countryside. Amazing rhythms out the.

The Yoruba style definitely covers some of it, but played on different drums.

I am planning on recording a series songs drawing on a variety of drumming styles. Three are hugely ethnic (one being 12/8 with a distinctly African slight variations of speed within the measure), two are the more “music box” 70’s style (like Franco and many Zairos bands) and three of them have a strong rock influence (think Santana but with an African feel rather than Latin). All the arrangements are done. I’m just trying to put together the basic drum tracks. (As for my own drumming, I do very well with hands-on-skin but I am intelligent enough to know that I can’t program truly convincing African-style trap drum parts.)

Here’s one example of the pop style: “Kaokokorobo” (I really love the drums on this one - lots going on.)

It’s very cool stuff. I can where it as that Santana-like feel to it. Graceland was probably the closest we got to having African beats in US Pop music. It reminds me of the Brazilian samba bands were different rhythms are being play on various percussion pieces, but somehow it all fits together.

But, it you have a feel for it, there is no reason to feel like you would have to record it on a trap kit. If you midi record the rhythms of the individual drums, you can always merge them after the fact, and move the midi notes to a correct drum tone.

FWIW, a few guys tried to get Singular to make an Irish set some time ago, and Goran turned them down, as he couldn’t see it being a profitable undertaking. I kinda get the idea that any World music genre would suffer that fate.

Thanks. I don’t have any examples immediately at hand but one of my favorites (something I do on the congas) has a fast combination of various hits in the first half of the measure, then lags in time during the third part, then comes back around on the final part. It’s hard to describe but it’s like it runs out of steam before picking up. Dancers mimic the off-set feel of this. As you play you can slightly change the emphasis, shifting the time of the lag forward or back by an eighth or sixteenth. This is great fun for the dancers, as they match their movements to the shift.
Most Americans / westerners have difficulty understanding what they’re hearing, much in the same way that they can’t figure out the fractional pitches of Indian music, but the impact is the same.

The closest parallels in western music are John Bonham’s oddly-timed drumming in Kashmire and the oddly confusing first few bars of Rocky Mountain Way, when you try to figure out exactly where the downbeat is.