Hello,
when I change the songs on my Beatbuddy, then almost every time a disturbing sound comes in loading the new drum set. If the drum set is not changed then the noise is not there.
This is very disturbing because if I make the PA louder then this noise is also louder.

Can anyone give me a hint?

Are you talking about the digital noise? Sounds like aliens chattering to each other? If so, that has to do with your power supply, more often than not. If you are not using the power supply that came with the pedal (I’m not), make sure your power to the BB is completely isolated from the power to everything else. If you’re using it stand-alone, a grounding (or ground-lift) solution might also help.

This is a common problem with combining digital with analog (or even other digital) pedals. It usually manifests as a buzz or hum in other pedals, but, in the Beat Buddy, it often occurs with a change in drum sets, because that requires the CPU in the pedal to actively cycle to load the drums.

Hello,
Yes, I use the Beatbuddy power supply. It is very difficult to operate the Beatbuddy in a separate socket, as a small stage often has only one socket.

Maybe that would help? 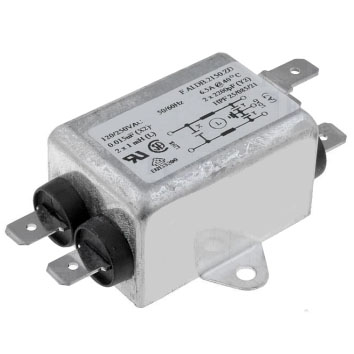 I was talking about sharing the power supply. If you have nothing else plugged into the same supply, what else do you have on your board in your signal path?

I have a connector strip on the various power supplies are plugged. beatbuddy is plugged into this bar with its own power supply. Also connected are a Ditto x4, TC-Helicon Voicelive Play GTX, a midi2dmx adapter and an AKG WMS 40 Mini

The BB does make noise when it loads drums, but I have not found it unacceptable – although I went through several power supplies and lots of experimentation with which pedals share power with which other pedals, and my experience has been that it gets way worse with the right combination of other pedals and shared power.

Some things to check:

FWIW, I run my Beat Buddy, an Atomic AA6, a Line 6 Wireless, an Xotic SP Compressor, and a TC Spark Mini, all from a single One Spot Pro CS7, and it has no issues because all of the power taps are completely isolated, and no two pedals share a power tap. But I did have issues when I was using a lesser power supply and had pedals sharing power. I also had issues when they each were on their own power supply, but plugged into the same power bar.

So, short version: Assuming your unit is not defective, If you can live with the very low amount of noise your BB generates when you change drum sets (with nothing else in the circuit or the audio path), then the next step is to troubleshoot to see which (possibly combination of) device(s) is causing the BB to be unacceptably loud.

Start with what I’ve suggested, and let me know what happens.

Thank you for your detailed help.
I found out when I pulled out my own built footswich (beatbuddy stop and outro) and plug it back in for about 20 minutes i have no noises. After that, the problem is here again up and I have to do the same again.

How could I solve this problem?

It appears that your homemade footswitch is an open panel with exposed connections? Check your solder joints for cold solder joints. As the temperature changes after your gear has been on for a while, it might affect the electrical conductivity of the connections. Also, try different patch TRS cables between your remote footswitch and BB. If the panel is not in an enclosed pedal enclosure, consider putting it in an enclosure.

I disconnected the external switch and the problem came back after some time. I’ve cleaned all the contacts with a special contact spray and until now, the sounds have not surfaced. If it comes back I will contact you but in advance, many thanks to all who helped me.

My very first beatbuddy did this same thing. I was never able to get it to stop. I then bought a backup beatbuddy and tried that one and there was no noise whatsoever. It was the exact same setup and no other changes for my situation. It seems to me that it is the pedal itself. I don’t know if it’s the older ones that are prone to do it or what. You’re right it is quite annoying when it does that between songs. I’d love to hear the definitive fix for it.