Are there 2 generations of the Beat Buddy?

Hi there! I’ve recently purchased a BeatBuddy Mini 2. I’m also considering getting a Beat Buddy, however I see 2 different “versions” of it online with logo being the biggest difference. Is one an older generation? Sorry for the noob question

If so, what are the differences? Thank you!

The one I’m seeing thats different from the Singular Sound website: 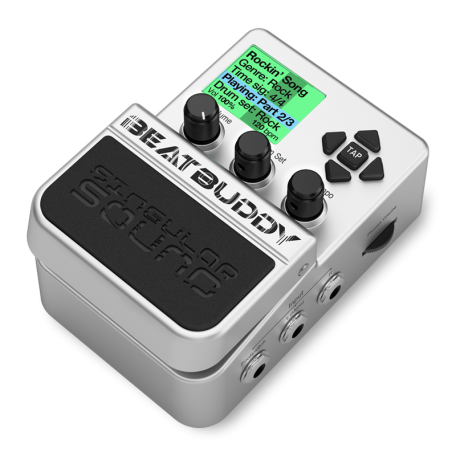 The logo is the only difference. And it’s not a noob question, at all. I would ask the same thing, upon seeing 2 printings. In fact, when the 2nd printing first appeared, one of the major retailers, Thomann, I believe, initially listed it a Beat Buddy v.2, which got some of us exciting, but also confused. Singular replied that the only difference was in the font used for the printing of the newer batch.

Thank you that is very helpful. Excited to start on this journey!

Also thank you for your timely advice. I was able to buy a 2nd hand Beat Buddy! Woohoo!