I decide to separate my BB and the Aeros from my main pedalboard , so I can move around easily , for convinience I wanted it to run out a battery bank , so I ardered a CIOKES power supply , and I built a little pedalboard , now I have the BB And the Aeros isolated from the amp and the mixer , eliminating possibility of phase issues . PIC 4 & 5
So to complement the built I decide to add a mini jack on the back , to plug my iPad , and have all going to the headphone output ; so I wired a mini jack sleeve to the common and tip and ring to left and right connector on the jack input of the beat buddy - PIC 3 , now I don’t have to have that Y splinter cable , givin-me more room to place the switch pedals on the side PIC 2 ; very straight forward , the problem is it didn’t worked : ( I assumed that the tip and sleeve could be switched , so I switched their positions , did not worked , so I assumed there is a cut off switch inside the pedal , that kills the signal of the inputs , if there is no jack plugged on it , but if that was true , it should work if I have a unpowered jack inserted on it , anyone have any idea why is this not working ? 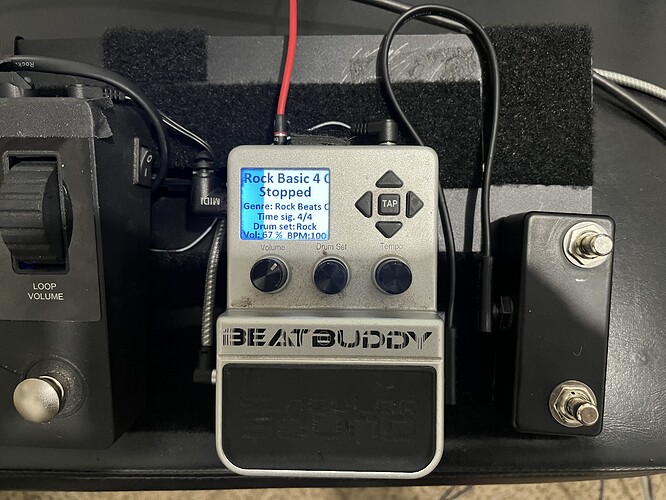 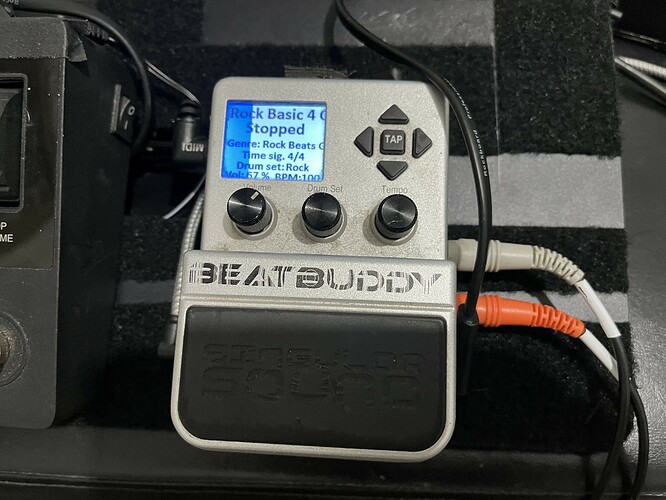 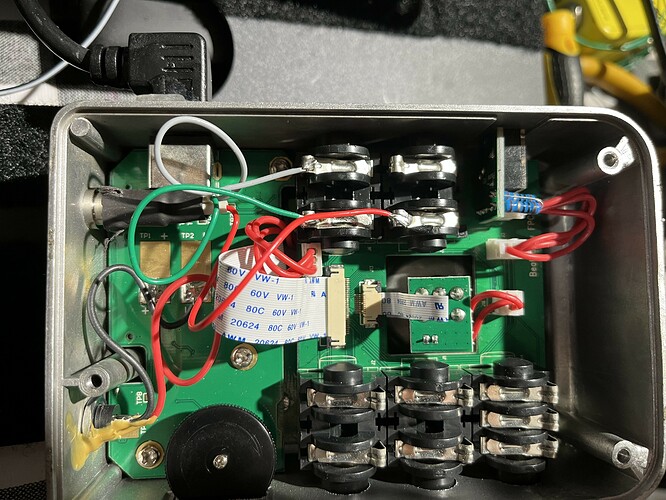 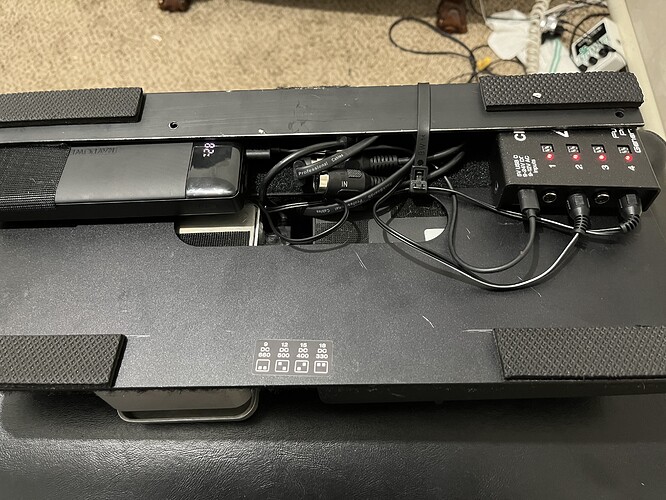 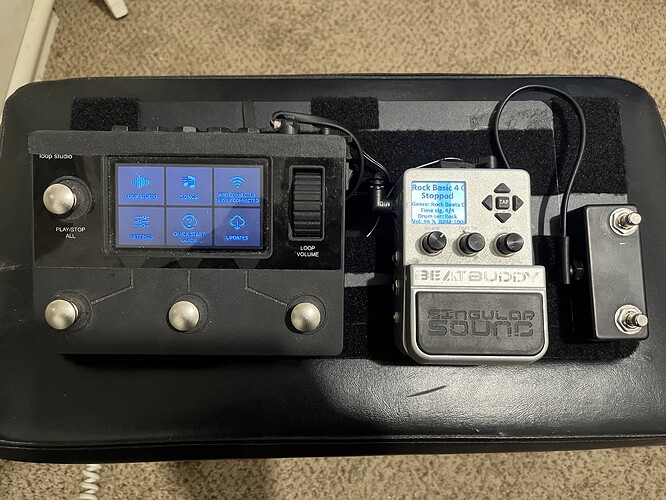 It looks like you have soldered the red wire to the tip of the left OUTPUT, the green wire (common) to the tip of the right output and the white wire to the sleeve of the right output. The INPUTS are on the other side of the pedal. I have made the same error when flipping a pedal for a mod. Also, be aware that the green common wire should be attached to the sleeve , which is the one closest to the shell of the pedal. Another caution, there is a switch built into those jacks. there is a possibility that the signal is shunted to groung when no plug is inserted.