Ok, fellow BeatBuddyians, I have a question.

A friend of mine is offering to sell me his barely used Beat Buddy at a significant difference in price from new. However, as little he used it, he wonked up the power input jack. You plug it in and it fires up but if you move it in the slightest it loses the power connection and turns off making you reach down and press it in again. It’s not falling out, just not maintaining the ring/tip connection. Wondering if anyone knows a source that sells the input jack that is on the unit. Singular Sound does not sell the part. They will fix it if I were to ship it to them but I can fix it myself one way or another.

I’ve thought of hard wiring the power to it or making some ‘quick connects’ to the power supply wires. So if you can help a brother out I sure would appreciate it.

Welcome. Quite a few users have reported ill fitting power jacks. It seems the original power supply plug might be fractions of millimeter larger. I don’t know that anyone has been able to source a replacement jack, but some of the cables that come with better power bricks, Voodoo, Dunlap, etc., seem to provide a better fit. You might try finding a good fitting plug and then cannibalize a proper spec power supply.

That’s what I was thinking about the plug dimensions. Since my buddy couldn’t locate the original power supply I ordered a couple from Amazon. Now my buddy has let me know the he has located the original power supply. I’m going to pick it up and then measure the original vs the replacement. I’ll let everyone know what I find. He also has a Trio+ that he wants to sell me. I had to buy a power supply for that also. Thing takes 1.3 volts. Now he says he also found the Trio+ supply. I’m thinking he’s going to make me an offer I can’t refuse.

thanks for your input, Phil…

Makes me (and others I am sure) wonder why SS does not sell a replacement power cord. A $15 cord should be available from the maker of the $300 pedal. Just sayin’. Seems like “good business” and taking care of (for a profitable price) those who have invested in your “big” product. Premium SD cards, Cabli, footswitch, Aeros, other things… but not a power cord that makes the whole thing work?!? And, as we all know, something that can fry your pedal if you do not get the correct one from Amazon or Walmart. Not like making the mistake of buying the wrong kind of SD card.

FWIW - Typically a fault as you describe can be traced to a cold solder joint on the DC Input Jack at the PCB
Some DIY skills may be required
However, if its a loose fitting DC power plug, I found this "universal DC Coax Power cable which has spring loaded DC coax plugs as a problem solver
[imghttps://images-na.ssl-images-amazon.com/images/I/41HhbE4ZzML.jpg[/img 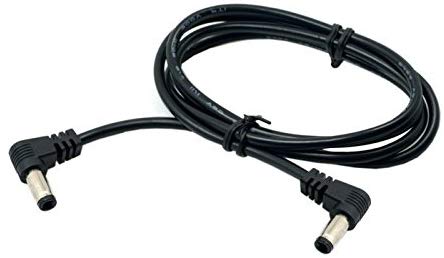 Hey there folks, I'm new to BeatBuddy and of course, this forum so hello from England. I'm going to put my BeatBuddy on a pedal board. I've been using...


Persist wrote>
[i] 1. Do not use anything above 9v. You will damage your pedal.
2. It should have 500mA but you might be able to use 300-500mA from an isolated port PSU (no daisy chain).
3. A Strymon Ojai will do the job though but it might be more than you want to pay.

Some users reported problems getting a reliable electrical connection from the power connecting jacks. Quite a bit written about this on the forum.

Nope, it’s not a cold solder joint. I’ve been a professional touring musician since 1979 and have done more than my share of repairs. As you can read above I will be picking up the original ps from my buddy. If I plug it in and it stays connected we have a plug size issue. I don’t know why Singular Sound doesn’t sell a replacement power supply. On the road I’ve always had back ups.

thanks for your input,

So the Onespot power supply has been suggested. Does anyone use one and does it fit tightly? Still waiting for my buddy to find the original PS so that I can measure the outside diameter and compare it to the other PS’s that I have that don’t stay connected.

So, smoy, do you actually use a ‘one spot’ and does it fit tightly in the power input jack? That is the problem with my BB, the diameter of the input jack is bigger than the standard 9v power supplies of which I have many. thanks

I use the OneSpot CS7 to power my Beat Buddy and other stuff…3 years later (close to 500 gigs), no issues whatsoever with the power jack on the BB. Fits tight and just works. OneSpot has couple different products so I am not sure this is the one you are talking about.

As long as you don’t use the daisy chain type, the brick type OnSpot power supply should work.

I do use a one spot on my spare BB it works well , fit is tight , no problems whatsoever ever. I can even hold the power cable and dangle the bb without the connector falling out. My other bb unit is mounted on a pedal board and is powered by the gig rig power supplies . it is also fits well.
It is possible that you received a unit with an alternate sized power supply jack

thanks, smoy, i’ll give that a try before I replace the jack.

how can i send beatbuddy back for erepair

Are you referring to the power jack? If it’s still under warranty, contact support@singularsound.com but If it’s no longer under warranty, it might be easier and more practical to find an electronics repair shop. Never hurts to contact Support and ask for advice.

Let us know how it turns out.