Who has experience using the Boss FS-6 switch with the Beatbuddy. I find the Beatbuddy external switch two clunky and loud when pausing during quiet passages. Has it been tried in both latched and momentary modes.

First, I have not used Boss FS-6 footswitch.

I am only posting here to say that both latching and non-latching should work, but you will need to use an internal pedal type auto-detector first (that is accessible in a Main Menu via pressing both Tap Tempo and Drum Sets knobs together).

I use two FS-5Us (which is almost identical to an FS-6, except that you need a dual cable adapter. They even slide together). But I can’t be sure the functionality is exactly the same even though you would think it would be (you never know).

Anyway, it’s a much better option than anything else i’ve found. First of all, the footpads are much higher quality and feel. and since it’s much larger and has substantial rubber on the bottom is more secure.

The only potential downside is the size and weight, but after using it for a while this isn’t a downside in my eyes as it stays put better.

My gripe with the other pedals is the noise and resistance of latch switches. Horrible things. When tapping tempo it doesn’t help to have a crappy (worthless) latch switch IMHO

But in the end it’s not that big of a deal. It’s just a peripheral device and not essential that it is totally silent.

Thanks for the input guys… Ill give one a try. Any other option that people have tried ?

Just found out that Boss has a new switch pedal coming out. The FS-7… smaller footprint, uses a power supply instead of relying on a battery and if you willing to use it in momentary mode no battery or PS required. Available mid Dec. 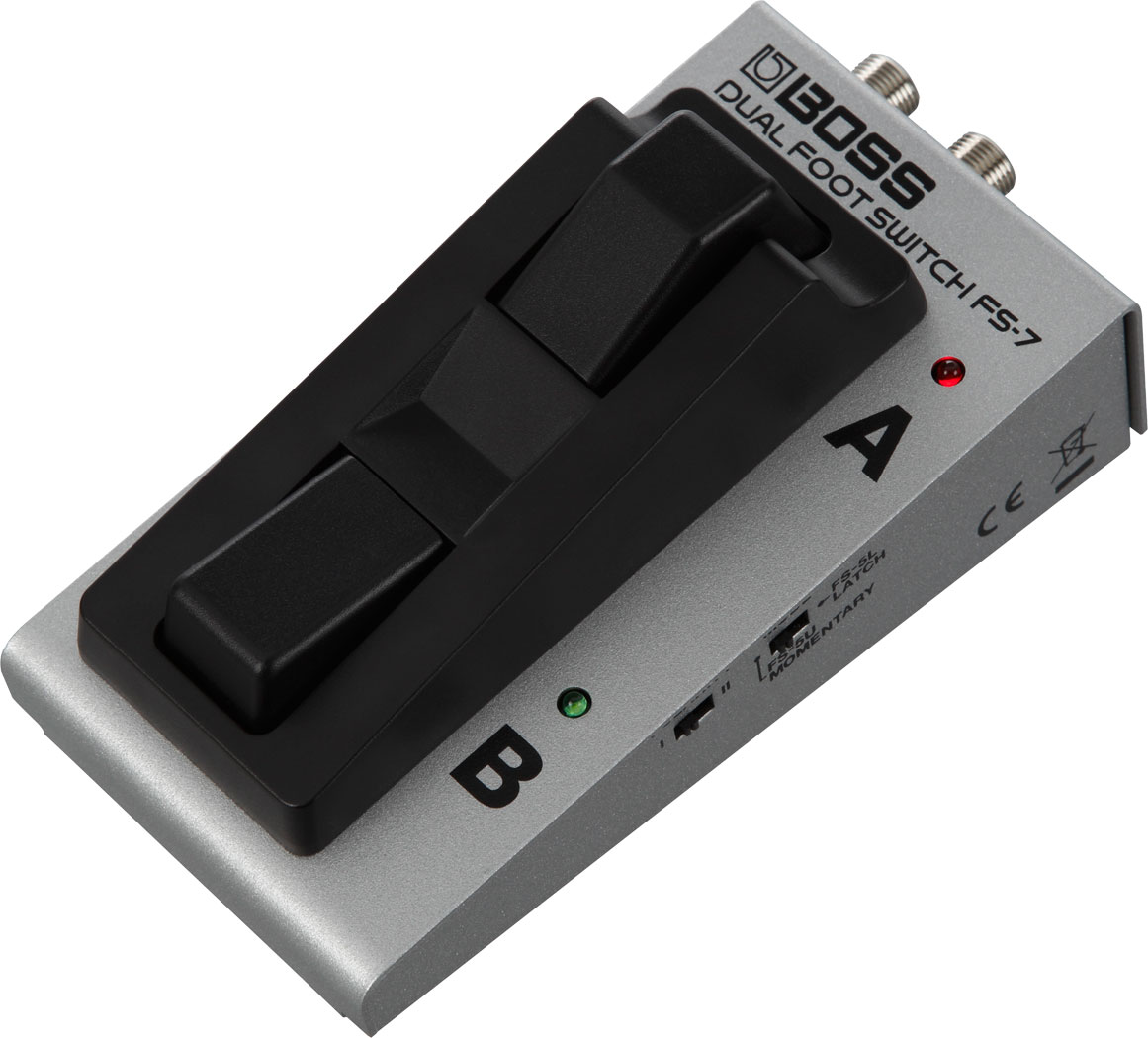 Does the BB footswitch cable work with the FS-6? I’ve tried the BB one, and between it being latching and the noise, it doesn’t work for my uses. If not, suggestions on a cable that will work between the FS-6 and the BB?

(To be specific, when I want to temporarily stop, and then restart, the drum in the middle of a song, I can’t go through the exercise of having to hit the external pause button, then press down for a long period on the pedal on the BB, then press the latching pause button agin and then, after all that, hit the timing just right to restart the drum during the song. Sorry, I’m just not that good.) I’m hoping that using the momentary switch on the FS-6, I can make this more workable when I stop and restart drums during a song and don’t want the mandated Outfill (that I can only get rid of while paused).

From the look of it, this should work with the BeatBuddy. Just make sure the latching/momentary settings on the FS matches what BB thinks of it. To do this, use BeatBuddy auto detection feature (that is accessed through the main settings menu by pressing both Tempo and Drum Set knobs simultaneously).

Or didn’t I fully understand your question?

Thanks. Yes, you understood. One follow up: does the BeatBuddy only allow latching settings? One of the reasons I’m switching to the FS is to use the momentary switches on it.

One follow up: does the BeatBuddy only allow latching settings?

Well, no, it may be the default setting of the BeatBuddy, but if you use the auto-detection feature, you should be good to go!
You can always set up the type of your footswitch manually as well. BeatBuddy supports both types of footswitches, but it should always know which one is connected to it currently.

Anyone try the FS7 yet? I almost bought one but hesitated…

Is there something you particularly like about the FS7? The FS5 comes in two versions, the U, and the L, (unlatched and latching). they are widely available, and go for around £25 in the UK. from the pic, they are about half or two thirds the size of the FS7.

When I bought the Beat Buddy I already had two Boss FS-5U Pedals mounted on my Pedalboard that I used with a couple of Boss RC-2’s that I removed. I soldered both mono cables into a Switchcraft Stereo 90 degree plug and plugged it right into the Beat Buddy then run the configuration setup. Both Pedals were setup with “Momentary Open” contacts and I was good to go. They are quiet, rugged, and I Programmed them for “Tempo and Stop”. It doesn’t get any better than this and “No Batteries”.
Sincerely, Fingerstylepicker.

I am having an issue with my BB and BB footswitch. I will not stay i n latching mode. defaults to momentary. When running the FS detector , states Footswitch is in Momentary mode. I prefer latching mode. This used to work . The pedal is not a year old yet. I have tried several times changing the settings or latching , but will only work in momentary mode regardles of switch I use L or R. Any suggestions woudl be greatly appreciated.

If this is the original BB remote pedal switch, the contacts should be both latching. It sounds like one of the switches is actually broken and only operates in the momentary mode. If you have an ohm meter, check the contacts to see what they are doing. Plug the cable into the switch and using the ohmmeter, check the operation of both the switches. You should be able to tell if one of the switches is broken. If it is not like it was when you received it, then my guess it is broken and you need to send it back for a replacement. Do it before the warrantee runs out.
Sincerely, Fingerstylepicker.

I am having an issue with my BB and BB footswitch. I will not stay i n latching mode. defaults to momentary. When running the FS detector , states Footswitch is in Momentary mode. I prefer latching mode. This used to work . The pedal is not a year old yet. I have tried several times changing the settings or latching , but will only work in momentary mode regardles of switch I use L or R. Any suggestions woudl be greatly appreciated.

@Greg Peters When you press on the footswitch buttons, do you hear a “clicking” sound? Or does it smoothly go up and down?