Is there a way to flag a bug as “fixed” or something like “solution accepted” ?
I thought that adding a #fixed to my bug report would automatically assign it to this new category, but it’s clearly not the case.
Is it related to the fact, that as new user I am not trusted enough ? Or do you have a workflow of your own that I should follow to flag something as solved ?

Today when I read topics, I have often no idea if the the problem or the feature request has been implemented or not. This is quite painful, and if nothing is done it will only grow with time.
I know discourse is not a bug tracker, but in order to organize the forum and make it a useful source of information, a solution has to be found…

Even if I am not a discourse long time user, I feel like categories are the only way to address the issue.
You may provide categories like:

What do you think of this proposal ?

If everyone would use it, it might be a great idea.

To my knowledge, Singular Sound uses Basecamp to manage their workflow. At one point they used to use JIRA to track bugs and feature recommendations but I don’t know if they’re still using it.

An interim possibility would be to use the Discourse tags (If they could be set up and used according to each category).

Before starting down this path, it might be good to hear what other users have to say about your suggestion, the use of tags and whether or not they would use the feature if implemented.

Yes, of course exposing a real bug tracker and keeping discourse for discussions around the product usage and best practices would be a great improvement, but this would come at a cost. Yet it would be a way to provide a much much better follow-up… For both Singular Sound and users.

Adding tags to discourse to provide a kind of status on the requests is, in the current state, probably necessary, but can only be a temporary workaround.

Gonna be some tedious work updating all chats with this info.

I’d rather see the effort go into making the product better and generating good release notes that indicate the fix is really done.

This topic in itself illustrates why I am asking for a better follow-up mechanism. I have no idea what the follow-up will be on this follow-up request

@DavidPackouz, I add you in the loop as this is an organizational topic.

As it doesn’t seem we may have a real bug-tracker exposed to the users anytime soon (even in a simplified form), the only short-term realistic solution may be to have tags attached to topics in order to ease navigation and filtering, as well as provide extra useful information.

Currently, even as member, I have no possibility to create tags. It is not a problem, it just means that only admins can create them as stated in discourse documentation, enabling then their selection in the topic creation/edition: 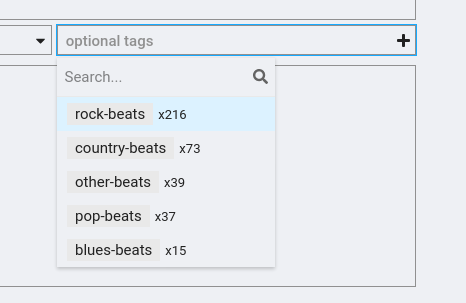 And another important feature, is that apparently discourse can restrict who can tag to a particular trust level.

As a start, here is my proposal:

The idea is to provide a high-level idea on the commitment to a particular feature request.
These tags should be set by Singular representatives only. (Maybe it will require that they are granted ultimate trust level…). I think they are quite self-explanatory:

All feature requests tags could be used on these topics, plus the following:

Some tags could be added regarding criticality and urgency, TBD…

The idea is there to be able to provide extra filtering features as well as ensure a mutual good understanding. This categorization should evolve, but as a start I would suggest the following. Any user with basic trust level should be able to set them:

I don’t think we should multiply the number of categories, but those I propose here are focused on the Aeros. Probably some others should be considered to include other Singular products…

Just an example to show how easy it could be:

This is just an example, there may be a lot of other potential simpler flows.

I do not see this system as a very big overhead for admins (correct me if you feel I’m wrong) while keeping things manageable, although it could provide a certain level of visibility as well as provide extra filtering possibilities for both Singular and users…

You’ve put a lot of thought into what you’re proposing but so far, it appears that not many users are requesting or supporting what you are asking for. My countervailing opinion:

I’m not opposed to an improvement to this forum if and when it benefits the majority of users.

Users that post their bugs or feature requests are usually following the threads they originate or the posts or comments they add to a thread. If they’re interested, they can readily see how Singular Sound is responding as well as what other users are thinking.

When you browse the topics you have no clear idea if finally things have been implemented or not, if your not the requestor. Not only it doesn’t help people posting, but also people who are not member (i.e. potential future customers) and who wants to have an idea if the company is reactive in actually solving issues.

Although the direct link is not clear at all between the changelog content and topics (as a changelog normally refers to ticket numbers), this is exactly what no one wants to do. Especially when potentially relates to something implemented one year ago…

For the sake of consistency across the forum, if this were to be done for the AEROS, it should probably be implemented for the BeatBuddy Manager (BBM), the BeatBuddy (BB), and the Maestro.

Absolutely, as I said for the categorization tags. Yet the resolution flow (and tags) should be the same.

Despite yours being the only request, Singular Sound acted on your request for a hash to accompany firmware releases (an extra step and perhaps an unnecessary one as there have been no other users requesting the hash).

This is a pure basic software releasing practice, that I should not even have to request. Name me one company not doing that. From Microsoft to Kemper to cover a wide range… Including any js, ruby, java libraries … any packaging system from apt to any app store to docker images, snaps, AppImages… make your choice.

After visiting other user forums (Cockos being one of them), I don’t see what you’re asking for being implemented in those communities. My point? This is a user community—not a developer community.

Fully agreed, this is why initially I asked if it was possible to have a separated bug-tracker to keep the forum at usage and best practice level… A dedicated tool for that is always better. I’ve got numerous example of companies providing bug-trackers along a dedicated forum…
Regarding specifically cockos (that do not know as I am using Ardour which oviously has a bug tracker) even if initially they had a bug tracker, it seems that it’s true they turned to a forum where you report bugs. But clearly what they expect from a bug report goes far beyond putting one or two tags in it…

Why not, as a first and easy step, introduce the “Solved” discourse plugin, which seems available for free for all hosting plans ?