File does not exist 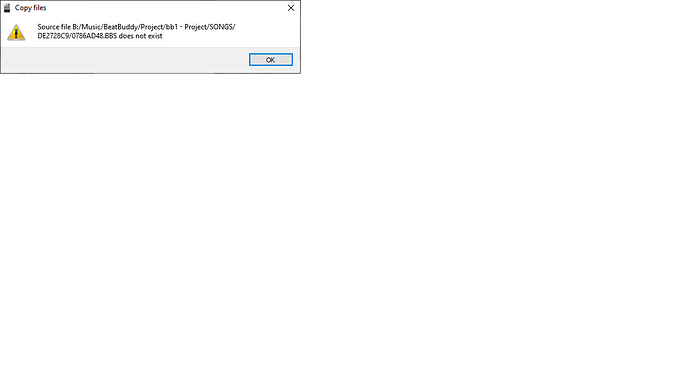 I get this error when trying to sync to the SD card.

Seqence of events:
I added a new song via the menu
Which create a new some named New Song
then I thought I gave it a new name
Since song order so important I wanted to move it to the end of the folder
But I accidentally moved into the next folder.
But I couldn’t find it because it reverted to the ‘New Song’ name and not the name I gave it.
So just created a new one
Then when syncing it complained about something with the ‘New Song’ song
Then I realized what happened so I delete it
I still work not sync
So exported to the CD card
everything seemed to go okay
but it transferred an interim version of the song, not the final version
I notice it had saved a file with an added 1 like ‘songtitle(1)’
so now I can’t do a sync
I give me this error

File does not exist

*** Solved ***
The next time I loaded the manager it identified the song with a problem and just deleted it. Now I can sync again

Super! Thanks for sharing how you fixed your issue.