For the longest time I have always struggles with a noisy output jack. I haven’t used the beatbuddy out gigging for a while but will do in a weeks time so decided to try and find out what was happening.

So the problem was there seemed an issue with the output jack. You could plug in a jack to the mono output straight to a PA for instance. There would be no extra noises other than the beatbuddy playing or silence when not playing as it is supposed to be. But move the jack at all and you get a loud buzzing noise and you would have to find a spot where it wouldn’t buzz. It is at it worst when it is running smoothly during a song and hit the pedal for a fill or something and the physical movement of the pedal causes the jack to move (although only micro movement) and buzzing starts and you have to bend down and spin jack to get rid of buzz. Horrible. The level of buzz could be inconsistant as well.

I sort of figured it was an earthing sort of problem as when you might have a small buzz and touching the pedal with bare skin would cause buzz to disappear. My theory was that the sleeve on the jack needs to create a connection with case of the Beatbuddy through the screw in nut at the jack point and this is where the problem is. So I opened up my Beatbuddy and soldered a piece of wire onto the solder point for the sleeve connection on the jack socket and on the other end put a lug on the wire and put it under one of the screws that holds the base on to sort of earth out the frame.

Seems to have done the trick as I have no more buzzing no matter what happens with the cable.
Anyone else with similar issues?

Also I thought I would show off my beatbuddy sitting on my new homemade Mic Stand / Pedalboard combo. You can get more info on the build of the Mic Stand Here but here is a couple of pics. 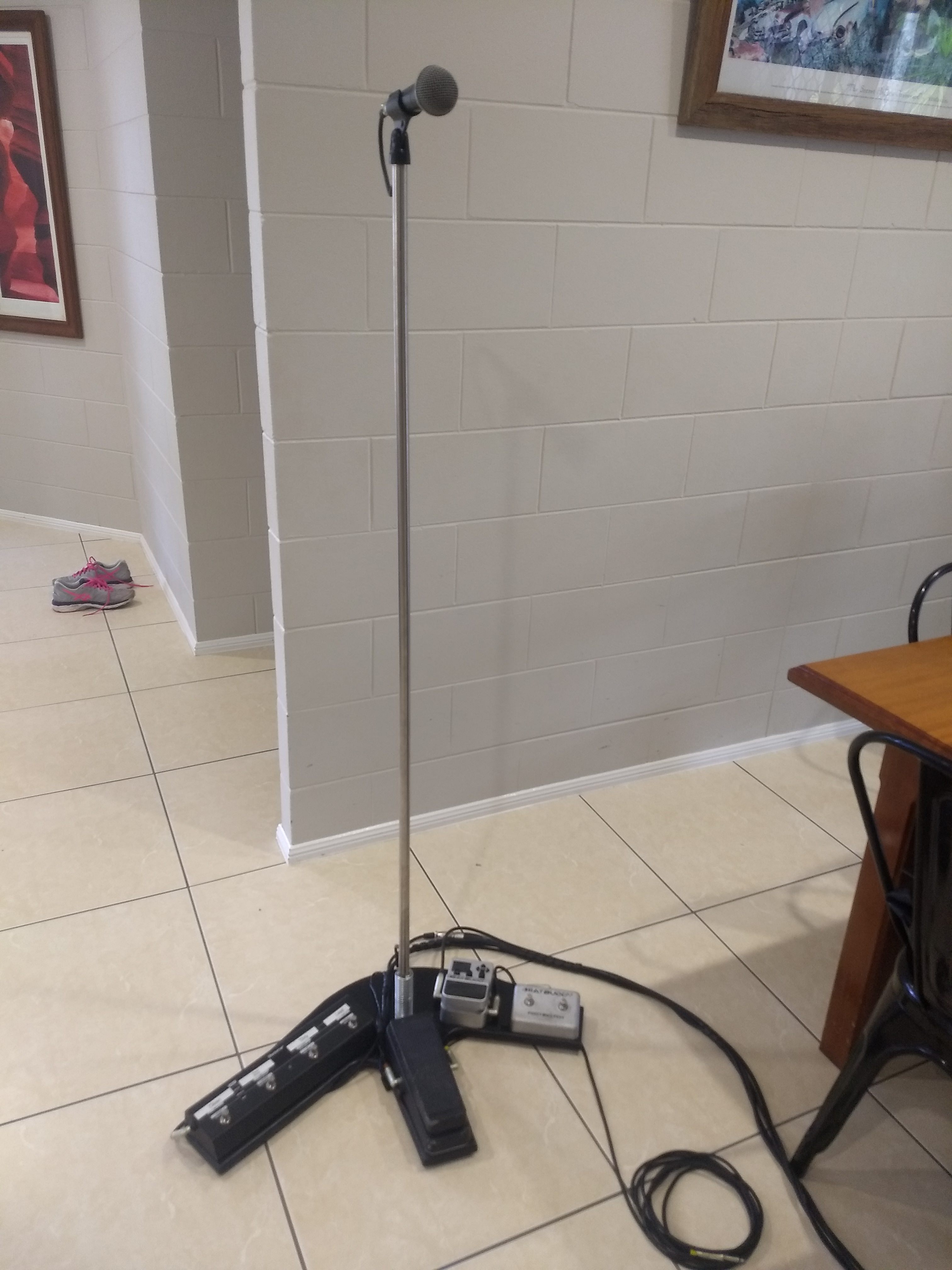 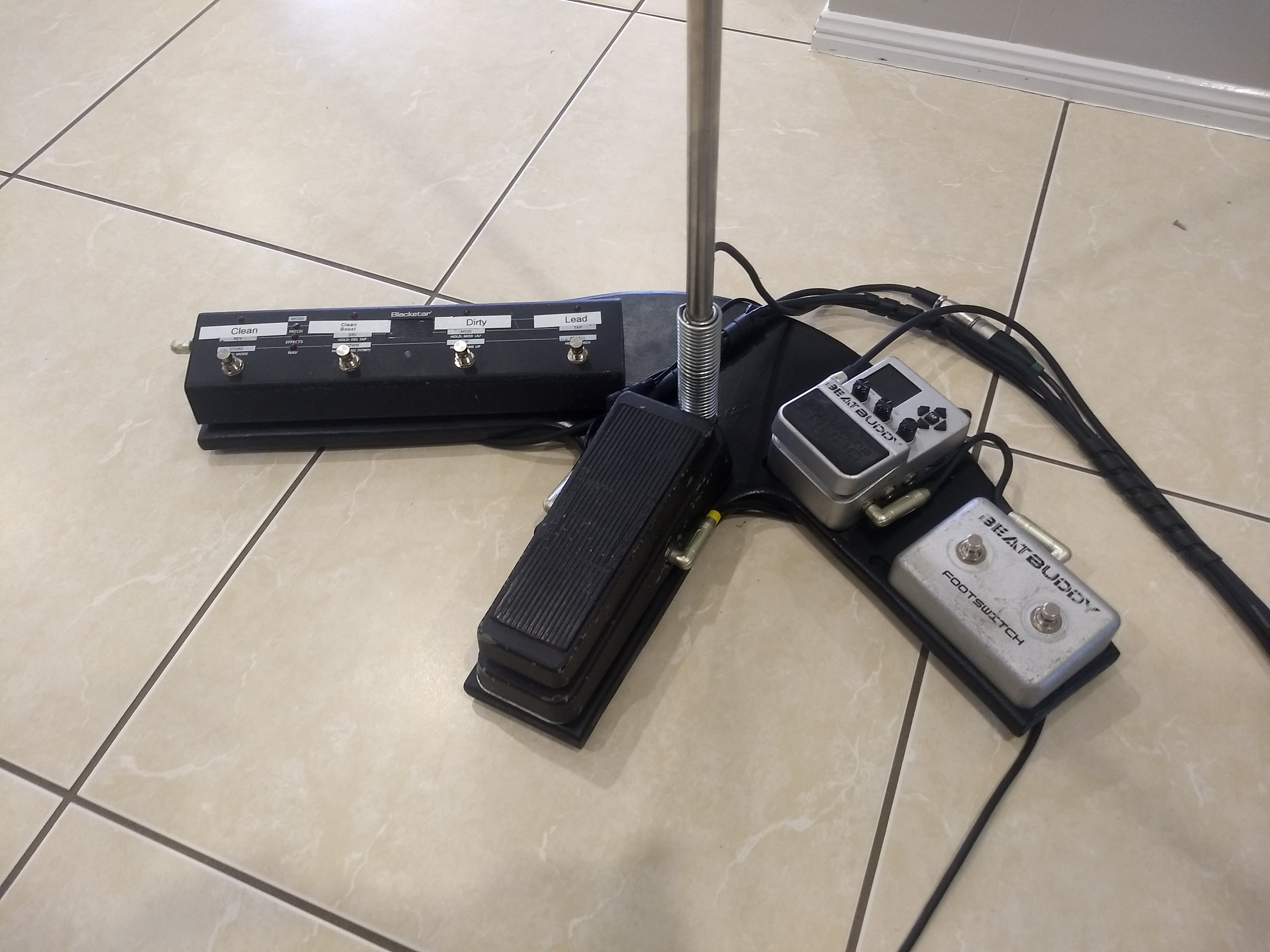 wow how cool is that! nice job

The mic stand idea is great! Nice one!

simple and elegant. I’d have my vocal correction on there. lol

Yes mine is extremely noisy! I might have to try the same thing.