I use my Beat Buddy as a soundcard when programming my DOP song for my duo. I program the beats on my Mac in Presonus Studio One 4 and have the BB setup via MIDI as my output, and it works fine most of the time. But for some reason, it will not play some of the beats which are exactly on the measure. Only if I move them slightly off beat they will sound. Have you ever experienced that? What can I do to avoid this? Please advise.

There are a couple things to be aware of when creating beats for playback using the Beat Buddy.

One other thing to keep an eye on, sometimes the Manager can do weird things with the 1st beat of the bar of a song part. However, it’s actually caused by the song part before it. You can tell because if you go to edit the midi and scroll right to the end you’ll see a thin red line. This means there is ‘more’ hidden behind the last beat of the song part (it could even be just something blank). When you transition into the next song part it won’t play anything on the very first beat. It can often appear when you load a song part into a song. 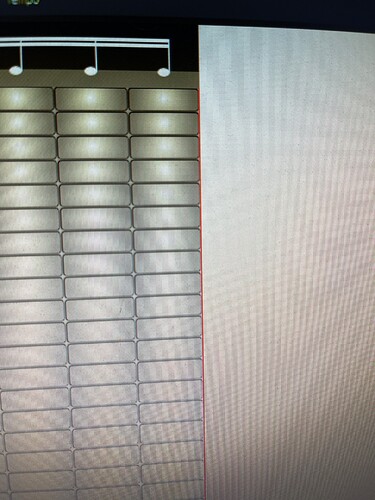 To fix this just open the song part in the Midi editor and increase the length of the part by 1 bar, and then reduce it by 1 bar. Then it’s gone.

Oh, maybe I did not express myself clearly. This problem arises at the programming stage. As I program the beats in my DAW (some of) the drum sounds are not audible, until I move them slightly back or forth in time.
When I transfer the finished MIDI file to the Manager (and the pedal) I can hear every sound.
That means that the problem is a MIDI timing issue between my Mac and the pedal, when I use it as a soundcard.

This is now sounding like a choke group issue. In the kit or kits that you are trying to use on the BB, are there any choke groups? What DAW are you using? Does it have a polyphony limit? If I understand correctly, if you solo the drum track in the DAW there are notes you can’t hear. But if you create a midi track from the DAW and add it to a BBM song, all notes play in BB manager and in the pedal. This would indicate something is going on in the DAW.

Yes, that is correct. I use Presonus Studio One 4 Pro, and it has no polyphony limit that I can find. I only use the Standard Pro v2.0 drumset and have not changed anything in choke group settings. By the way, the problem is also there when I use only one sound (ie kickdrum) like in a break or an intro.

You got me stumped on this one. Have your tried asking in a Studio One Group?

Presonus Studio One has 38,221 members. Rules are as follows: 1. The group is 'NOT' about self promotion, promoting other DAWs or to generate members for other groups, it's solely for discussions...