Two BBWorkspaces.... What Can Go Wrong?

I got a bit frustrated with trying to figure out how to integrate the new ‘Brushes’ drum kit into my original BBM workspace so I created a second folder called BBWorkspace 2 to make a fresh install of all the new content and not touching the old workspace which has gotten a bit messy and had not been installed correctly from the get-go. Thus far jumping between the two has not seemed have any issues. However I have not tried to save or sync data to an SD card as of yet.
Does the workspace being used write any data to the SD card that identifies a given workspace that is current which might cause a problem?
I’ll likely try to migrate some of what I have in the original workspace folder over to the new, but it’s kinda nice that I still have the old brushes kit for comparison to the new. 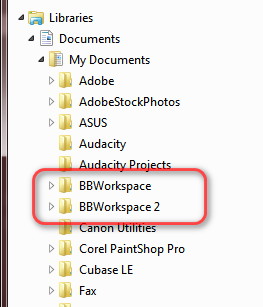 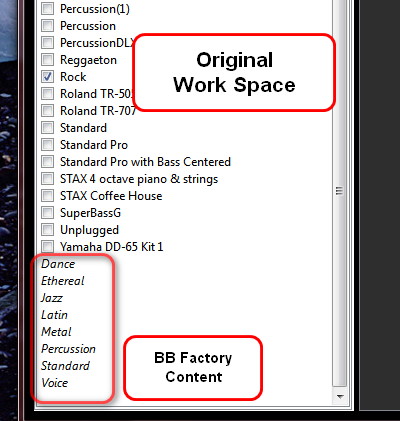 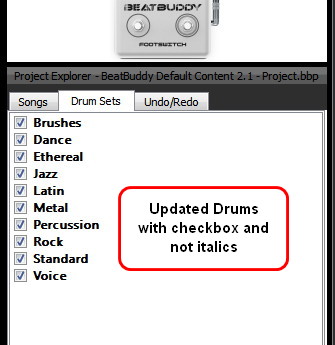 Bump… still wondering if having two workspaces could cause problems in some way and why the difference of how drums are displayed differently between the two workspaces.

Having two workspaces could definitely cause issues. The workspaces are more for the functionality of the BBManager, it is unrelated to the SD card itself. It’s better to have one workspace, and work with that. Having more than one workspace, although it may be okay for now, may cause issues down the line that will be difficult to backtrack and fix.

Thanks for the reply. Probably going to move/import old projects into the new workspace folder as there are a few quirky things I’ve found if I don’t pay attention to which project was last loaded.
I still haven’t figured out why the drums are displayed differently in the new workspace. I think I’ve seen screenshots of other postings that show the default drum kits in italics like my old workspace.