Has anyone tried the MidiStomp 6 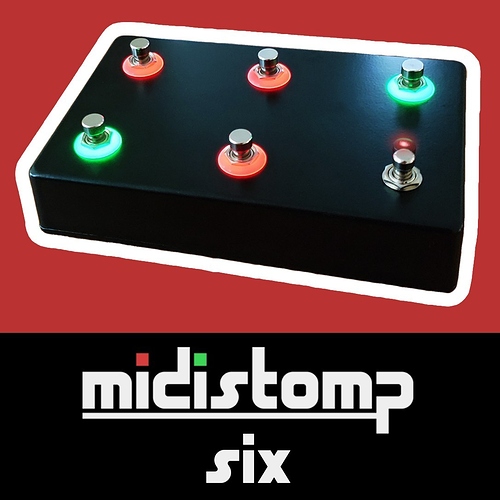 $99 6-switch USB MIDI controller with MIDI feedback, Red/Green LEDs and a tempo switch and LED. Made by hand in Australia. Midistomp is aimed at guitarists

The setup seems kind of tough since you have to edit files, but if someone as done it then we all can use that setup.

setup seems kind of tough since you have to edit files

This box is mostly interesting because of the tap tempo and the color-changing LED rings. It is based off the 𝘁𝗲𝗲𝗻𝘀𝘆 microcontroller board from 𝐏𝐉𝐑𝐂 - in this case, a teensy 2.0, which is a $16 dollar board and does most of the heavy lifting, including sending MIDI 𝐨𝐯𝐞𝐫 𝐔𝐒𝐁 𝐎𝐍𝐋𝐘. (To get 5 pin MIDI connectors, you need an additional adapter interface card). I’m thinking of building one with lots more buttons based on the teensy 4.0, which is only $20.

The file editing is as easy as loading the original program into the arduino IDE (and teensyduino) free software, placing the proper CC numbers which correspond to the 5/6 switches, then saving/loading the file over usb back to the teensy.

There are lots of DIY build examples out there.

What functions do you think would be most wanted for such a gadget?

Mostly switching parts. My songs are mostly a few part. Usually not more than three. I have the beat buddy up high where I can see it so I have a foot pedal to start and stop it.
I’m using a morningstar foot pedal to select parts, but it’s way to easy to accidentally hit two button which causes it to switch banks.
Also I’m showing people how to set this up so it would nice a have lower cost alternative.
Also i would be nice to have hit and pause button.

Hi Everyone, Here’s something I put together this weekend with an Arduino. It’s a footswitch box that simply sends part changes to the Beat Buddy. If you have a song with lots of parts and you want to transition to them with ease, this is the footswitch for you. I created this for jamming with a multi-part slayer-inspired BeatBuddy song I made (find it here: http://forum.mybeatbuddy.com/index.php?resources/slayer.3359/). Download the Arduino sketch here: https://www.dropbox.com/s/ehnwquiag4b3…

buttons are WAY to close for my big feet!

Both the beatbuddy and the Aeros looper suffer from the same design dilemma - the trade-off between making the unit small enough, and putting enough control buttons on it to run the thing in the real world. Sometimes it seems like trying to fly a 757 with a game controller - using only one hand.

I would like to document an EASY DIY build dedicated to beatbuddy use and see how inexpensive I could make it, while keeping it easy enough for non-tech guitar players to tackle. I hesitate to do it on the Singular forum because they (Singular) may feel it takes away MIDI Maestro sales. Personally, I see it as two different user bases - sportscar drivers and soapbox racers. (The Morningstar product is in the sportscar category - nice unit). The DIY person doesn’t typically have $299 lying around to buy something when $20-$50 will get the job done, though perhaps not elegantly.

I think the more people who use MIDI for control, the larger the market for MIDI Maestro, but what do I know?

I posted at the link you provided, but @ruairiau any idea of a cost for your project?

I spoke to the owner of Midistomp 6 and he told me he’s working on a ‘more commercial’ version that has a MIDI DIN output and clock that should be ready later this year. Sounds great to me, so I’ll likely pick one up.

Wow! That is very cool! I have some soft close metal footswitches left over from my upgrade to the BB, So I can use them.

Thanks for the info…now I’ll just d/l your schematic and go from there!

@pax-eterna
@Glenn_Bennett
Hey Guys, I found this thread through googling midistomp 6. I built the thing

Just wanted to let you know that it’s now down to $75 for the pre-built one, and $60 for the full parts kit and has an optional expression port (not sure if that was available when you made this post).

Also, I noted that you’re interested in DIY projects! If anyone is building their own and wants any help modifying their code (or even my code) to use - just give me a yell.

Also, regarding the new model - we’re looking at a sub $150 USD RRP which is so so exciting. Only 2-4 months away from production now which is really cool too.

We call it “Bridge 6” and its the same footswitch layout, but all momentary (so you can tap, long tap, double tap etc)
and each switch has two RGB leds under it (in a seamless piece so it can also look like just one LED).

I’ll post here again when it’s ready for sale.
Cool to see you guys talking about midistomp - I hope I can help in some way!

Cool thanks for the update - anywhere I can buy the ready made one?

There is an online store https://midistomp.com/store/

Thanks GOW - I sent them a message

Just had some contact with midistomp folks - seems it cannot be used with USB hubs, and as I use a Yammie BT device connected already to the MIDI in/out of the bespoke BB midi cable (controlling via BT on Ipad) I’m not sure I can use it. I am still thinking on methodology, so I might figure something…but it seems each “ahaa” moment then has another barrier to working smoothly… 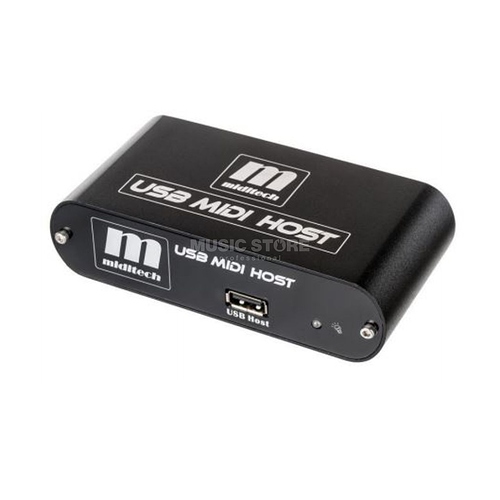 Miditech USB MIDI Host is a MIDI converter that can convert an incoming USB MIDI signal into a standard MIDI signal without delay. Incl. MIDI In, MIDI Out

thanks GOW, no that’s not the issue… I have devices such as that anyway…I think the only way is to drop the BT control and go back to wired, but that is a p.i.t.a. haha! Why I went BT in the first place. I am still working on the dev of UnrealBook to allow a BT Pedal (viz blueboard eg) to be able to select a transmog button in that app (Transmog button can be anything including a set of MIDI commands) …if he did that I’d have no need for the stomp, as I could set all sorts of BB controls embedded into each chart!