Transition will continue looping until value is changed to 0.
It is possible to start a song with a transition.
|0|Quits the transition and go to specified part|

I tried to create a “start” button and used CC 114 Value 0 but it doesn’t respond. On your diagram you have a <0 but I didn’t think the < symbol was something I could add? So, what the exact command for start if not CC 114 Value 0?

CC-114 >0 Starts the playback of the current song

Does anyone who know how to make this work?

I don’t have the app in front of me, so I can’t be specific about how to do this (perhaps @iajrz can comment), but you have to program button-push to be the transition and specify the subsequent part, and then set button-release to change the value to 0. Then it will behave the same way as the main pedal.

When you have your app in front of you tell me what to look for. I don’t think you’re referring to “toggle” because I’ve used that and tried it also.

I know I talked to @iajrz about this, and I could have sworn he had added it to the (Android) app. I’ll try to find some time to look for it. It’s likely somewhere in this thread if you want to go hunting for yourself in the mean time: https://forum.singularsound.com/t/midi-maestro-app-beta-thread-beast-mode-on

You must be referring to the Android app but I’m an iPhone Apple OS user which is the weaker platform now with less working features apparently. I can’t even load the BB custom mode with it (according to Jay/support) I borrowed my friend’s Android and his app looks and works very different that’s the Apple app. So, in the mean time I’d been just playing with various custom commands building my own trying to figure it out. If I had a sniffer to read what the MM was sending out from the MM using the main BB mode it would tell me. What do you use as a sniffer?
I’m sort of dead in the water till the release an iPhone version that works. That is a real disappointment to me after investing $300 based on the add.

out. If I had a sniffer to read what the MM was sending out from the MM using the main BB mode it would tell me. What do you use as a sniffer?

There are others for the Mac as well.

This is a reply from Jay:
Hi Tom,

For purposes of the BeatBuddy, use CC-113 exclusively (the CC-102 is more for the Aeros if you want that command to be ignored by the BeatBuddy).

I really wanted to know specifically how to code the command. Is he saying I can have CC 113 followed by a value of 1 followed by 0 in the same command? I don’t have a button release command on the iPhone app like you mentioned.

I hear ya, but there are lots of reasons why Android takes precedence when you have a limited development budget and can only pursue one development leg at a time.

Can’t comment on the ads, as I haven’t really been watching them closely. That said, have you considered getting a hold of a cheap Android tablet for this? I know it sucks to spend more money on it, but I just bought an Amazon Fire 7 for $50 (Canadian) strictly as a controller for something else, and I’m betting you could get something similar (and similarly cheap). A dedicated programmer/controller for that kind of money is really very reasonable.

I can see from recording the steps to send a start command CC 114 follow by the pattern of the song beginning then the Next Pattern button from the BB mode (not custom) it sends the CC 113 126 then sends CC 113 0 which is what I’ve tried to do but the iPhone app either is missing a way to do it or I’m nuts. I have put two commands back to back in order as seen CC 113 126 and CC 113 0 but it just keeps looping the transition. There should be a way to use the button release to send the second CC 113 0 but there isn’t such an animal. Just wanted you to see what I see. I put out a message locally for an Android to use.

Putting 2 commands in sequence won’t work, it is too quick for the BB to respond to. You could try setting the button as a toggle. That way one press intimates the next part, the second press sends the zero value which will end the loop. This will need 2 presses on the same button to go to the next part.
The android version allows actions on press and on release, so 113-127 on press the 113-0 on release which works well. Either borrow someone’s Android phone or wait for the next release of the iPhone app. Not ideal I know but at least you can see it working this way.

I have a demonstration on controlling the Beat Buddy with another pedal. Should work same. So are you saying you can’t have one command on press and one on release?

@tERRY_mARTIN
You can have up to 8 commands on press and 8 on release, the most I’ve used is 5. The work around I posted is for iOS users as they don’t yet have the press and release functionality.

If Android app is superior to IOS, has anyone tried an Android emulator? 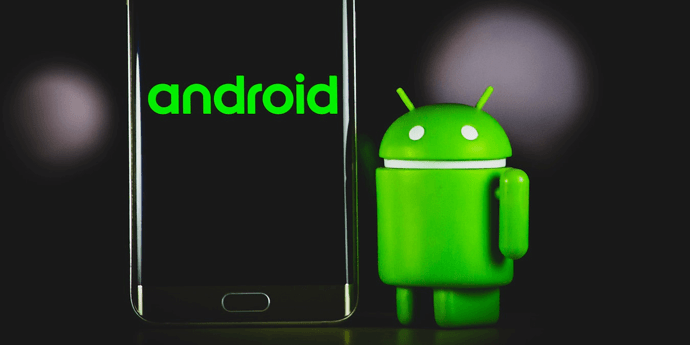 4 of the Best Android Emulators For Mac - Make Tech Easier

Do you wish to play Android games, or run Android apps on your Mac? Here are some of the best Android emulators for Mac you should try out.

I actually pursued solutions down this rabbit hole. As far as I can tell, it won’t work.

I am going to try to find time to play with an emulator on a Mac running Parallels.

Anyone else having issues with accent hit commands on MM? I’ve tried using the saved commands on MM and they’re not working…I have created a custom mode on MM with BB commands on channel 1 and AEROS on channel 3, everything else is working…

A post was split to a new topic: BeatBuddy drum set MIDI mapping?

I‘m having the same issue. Problem is, it used to work and now I switched on my MM after 6 months and the presets are gone.
I am quite upset, that the developers don‘t manage to provide a device and software which works intuitively and that all issues have to be looked up in a forum. I mean, the BB and MM aren‘t cheap at all. Instead of developing the Aeros they should have fixed bugs and offer a nice software. BB manager is a real pain to work with and the workflow of the MM app is poor.