Issues with selecting songs in a Playlist using Midi

I set up about 137 songs in the beat buddy. I have them in two different folders. I set up a tablet to send the correct MIDI signals to open each song when I select it on the tablet.

Between this and the sync issues, this is starting to get really annoying.

I went back to the firmware before 4.1.2 and it works fine.

There was a bug reported in the latest version of Onsong, not sure if this could be related There is also a setting on the BeatBuddy in version 4.1.3 that changes how the Device opens Playlists 4.1.3 is now available at the top of this thread Go to Main Pedal > MIDI Settings > MIDI IN > Program Change (PC) and select the one that works best for you For Aeros mode, the sacrifice is that you lose the ability to open any song that is in or after folder no. 111 and cannot control any MSB banks.…

I’m not using onsong. I’m using an app called Open SongApp on an android tablet. I guess I don’t understand how the MIDI commands have changed.

Firmware version 4.0.1 works just fine and accurately selects the song in the beat buddy, Aeros, and my VLX3.

When I tried this with 4.1.2, the MIDI signals would only open the songs from playlist 1 on the BB. The Aeros and VLX3 stopped working at all.

I’m attaching pictures of the MIDI commands I was using for version 4.0.1

If these commands will no longer work, how do I need to set this up?

The Aeros was using an MSB command and. PC command for song selection via MIDI. 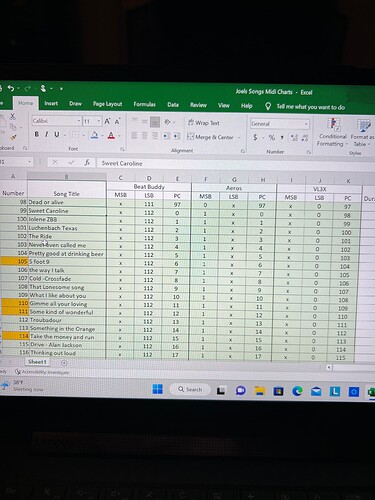 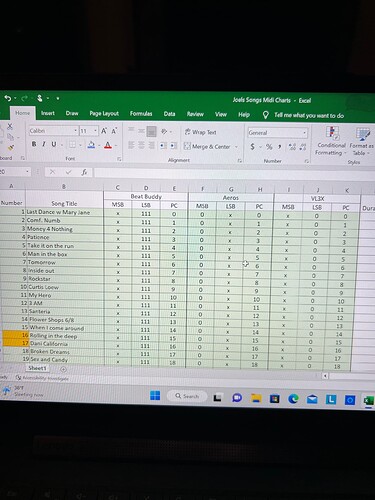 Are you saying that it is still not working even when set to Aeros Mode?

The MIDI song selection is working. Thank you for being patient with me.

I would be using Version 5.0 with the Aeros right now but since the MIDI song select isn’t working yet, I’m going to hanger where I’m at. I can at least practice and use it for gigging like this. Thanks again.